Kristjan Thor is a critically-acclaimed director of both theater and film. His first feature film, Diving Normal(www.divingnormal.com), premiered at the Dallas Film Festival subsequently won the audience award for Best Feature as well as the festival’s award for Best Actress at the Beverly Hills Film Festival. His second feature, ASTRAEA won the New Visions Award at Cinequest in San Jose, Audience Award at MIFF, Best Picture and Best Director at Sydney’s Fantastic Planet Festival. He is currently in pre-production for a feature that will be shot in Iceland, where Kristjan is from. Some highlights of Kristjan’s theater work in NYC include: the US premier of Lukas Barfuss’ The Sexual Neuroses of Our Parents, with Grace Gummer and the world premieres of Artifacts of Consequence, Balaton, Lathem Prince, and The Laws of Motion, all by Ashlin Halfnight. He also directed Bathsheba Doran’s adaptation of Maeterlinck’s The Blind, which transferred to the Classic Stage Company. Kristjan’s work has been seen worked at PS 122, The Wild Project, CSC, the Sanford Meisner (with Vortex productions) and the Frying Pan, as well as many other venues across NYC. Last spring, Thor directed The Penalty, by Clay McCloud Chapman at Dixon Place and recently revived it at the Public Theater. Since 2009, Thor has been the Co-Creator and Founder of the immersive horror experience, BLACKOUT Haunted House, which currently has productions running in NYC, LA, Chicago, and Miami. More recently Kristjan, along with Blackout co-creator Josh Randall, has been collaborating with Universal Pictures and Blumhouse Productions to help create their live events, based on The Purge film series. These shows include Purge: Fear the Nightand Purge: Breakout. A documentary about BLACKOUT called, The Blackout Experiments premiered at Sundance 2016. With Mason Holdings, he has directed Jarring, Holiday House: Christmas Bends, The Love & Death Traveling Circus, Consumption and Found. Thor graduated as a Senior Fellow from Dartmouth College and holds an MFA in Directing from Columbia’s School of the Arts and is presently teaching at NYU’s Stonestreet Studio. http://www.kristhor.com/

Alex Reeves hails from the wilds of northern Vermont and loves biking and design. His freelance work for musicians, artists, authors and small companies is on display at Moonpool.co and Vani.sh.

Johann is an LA-based singer, performer and creative artist. Hailing from Iceland, Johann has performed on stages across the US, Europe and Asia, primarily in classical works, operas and musical theater. He was most recently featured in Portland Opera’s touring production of La Boheme, performing regionally all over the Pacific Northwest. In addition to his work as Sound Designer and Producer of Mason Holdings’ The Lost Diaries of Elena Hoyos, he also served as primary graphic designer. On the rare occasion he is not on the road performing, he can be found on the sandy beaches of Southern California, or with his family on the volcanic coast of Reykjavik.

Angela is thrilled to be producing with Mason Holdings. After receiving her B.A. at Rutgers University she trained in New York at William Esper Studio (Meisner), with Deb Jackel, Suzanne Esper and Bill Esper. Angela co-founded InViolet Theater Company (www.InVioletTheater.com) nine years ago with Michael Hengry Harris and has since been co-Artistic Direcotr, providing an artistic home for 26 artists developing and producing original work. With InViolet, she has produced 7 world premieres and 14 workshopped readings (favorably reviewed by Variety, NY Times, The New Yorker, Village Voice) as well as the reception of the 54th Annual Drama Desk Awards at the LaGuardia Concert Hall at Lincoln Center. Angela also produces with Culture Project, a twenty-year-old theater company dedicated to socially conscious theater, most recently mounting the NY Times Critics Pick MotherStruck! written by LGBT activist and poet Staceyann Chin, directed by Cynthia Nixon.

Jacob Schott (Producer) is a New York Talent Manager at TalentINK. LA-Chicago-NY. Jacob has recently produced Danny and the Deep Blue Sea Off Broadway at The Davenport Theater, and Co-Produced Neighbors, A Fair Trade Agreement with InViolet Theater Company. Jacob’s recent productions he has managed/produced are: Goldstein, Unraveled, Thank God for Jokes and MotherStruck!

DEVIN BURNAM is one of the original members of the experimental theatre troupe Sister Sylvester and is the founder of Abandoned Gas Station Productions.  His two-person solo show By the Time Kurt Cobain Was Your Age, He Was Dead has been performed all over and is available for living room style performances and stadium shows, as well (if you’re interested).  His new show How Not to Buy a Boat will appear at next year’s Paris Fringe.  His latest movie, Death by Chocolate, will be available soon on the usual platforms.  He appeared with Mason Holdings and Tracy Weller in Most Sincerely, Edward Albee (by Tracy Weller), at Project Y’s Women in Theatre Festival in 2017, and will return in 2018 with his latest creation, The Love & Death Traveling Circus. He is also a regular contributor and moderator at Mason Holdings’ Unseen & Unheard monthly play reading series.  Upcoming: MH’s 2018 production of Consumption (by Devin Burnam), a gothic tale of undying love.  More info at www.abandonedgasstation.com and www.devinburnam.com.

Daisy is a lighting designer for theater, concert and dance. Originally from Cambridge, Massachusetts, she now lives in New York. Her favorite place in NYC is the Hayden Planetarium at the Museum of Natural History. Proud member, USA Local 829. https://daisylong.com/

Bixby Elliot’s play Blueprint was produced by Tony Award winning producer Arielle Tepper Madover as part of her new works Summer Play Festival (SPF). This production was directed by Drama Desk Nominee Jonathan Silverstein and starred Emmy winner Peter Strauss. Bixby’s next play Abraham Lincoln was a Faggot was a finalist for the O’Neill Theater Conference in 2010, as well as a finalist for New Dramatists, Seven Devils Development Conference, winner of the Pandora New Play Competition, a semi-finalist for New Harmony Workshop and received its Chicago premiere at About Face Theater (Time Out Top 10 plays of 2015 and Critics Pick, Chicago Tribune – 3 stars). His play Girl You Know It’s True (inspired by the rise and fall of the pop/rock duo Milli Vanilli) was a semi-finalist for the O’Neill Conference in 2011, finalist for New Harmony, semi-finalist for the Princess Grace Award, finalist for Kitchen Dog Theater New Works and an advanced round entry for PlayPenn 2011. Girl You Know It’s true was produced by Chicago’s Pavement Group and in Seattle at Theater Off Jackson. This past year Bixby’s play Sommerfugl (inspired by the true story of Lili Elbe) received a world premiere production by InViolet Theater Company in NY directed by Stephen Brackett and starring Wayne Wilcox.  The show received rave reviews from The New Yorker, among others. Other plays include Birds Do It (semi-finalist for Princess Grace Award), Treasure Island, FL (2012 O’Neill Conference semi-finalist, Seven Devils semi-finalist, SouthernRep New Play Festival Winner, New Orleans), PN1923.45 LS01 volume 2: The Book Play (New York Premiere: NYC International Fringe Festival), Hotel Oracle (New York premiere: Walkerspace/SoHo Rep) and I Am Not Peter Pan (New York premiere: Cherry Lane Theater; Edinburgh Fringe Festival – Best of Fest Winner). Bixby is a graduate of the MFA playwriting program at Columbia University, a proud company member of InViolet Theater, long time contributor to Cherry Picking and Co-curator of The Brooklyn Generator (a new play generation project run with playwright/actress Erin Mallon). Bixby’s writing also includes television projects – in 2012 he was in development with Jennifer Lopez Entertainment for a new hour long comedy/drama and this year he is working with a producer on a new hour long historical drama.  Bixby has also written two screenplays Highway and Happy, Now (finalist for the Sundance Writers Lab). Upcoming: production of Abraham Lincoln in Cleveland, OH, a new play for Cherry Picking PRKS in NYC, a reading of his new play The Whole Sky All Diamonds and Holiday House with Mason Holdings, Tracy Weller and Kris Thor. He is also a faithful contributor to Mason Holdings’ Unseen & Unheard. Bixbyelliot.com

Joel Michael Howard is a composer and singer. His music has been used in movies, television, and commercials around the world. Howard has also scored numerous plays. Some of these include: The Blind at Classic Stage Company, The Sexual Neuroses of Our Parents at The Wild Project and, recently, JARRING produced by Mason Holdings. Howard also wrote music for an accompanying JARRING film trailer. In his previous incarnation as “Joel Bravo”, he led the Canadian indie rock band, The Albertans. Currently, Joel is performing with a backing band around NYC and has released two solo records in the past two years. These albums can be found lots of places. Just search “Joel Michael Howard”.

Jeffrey Fato is an actor/carpenter/stage hand. In 2015, he graduated from the New York Conservatory for Dramatic Arts. Most recently, he was seen in the supporting role of the Brooklyn College graduate thesis, ‘Round & Round’ and he was the cowriter of and lead in the exploded play the Arkadina Project, a modern exploration of Anton Chekhov’s The Seagull.  Jeff was on the production team of Jarring (Mason Holdings) and is a faithful contributor to Mason Holdings’ salon series, Unseen & Unheard.  Find out more at: https://www.backstage.com/jeffreyfato/ 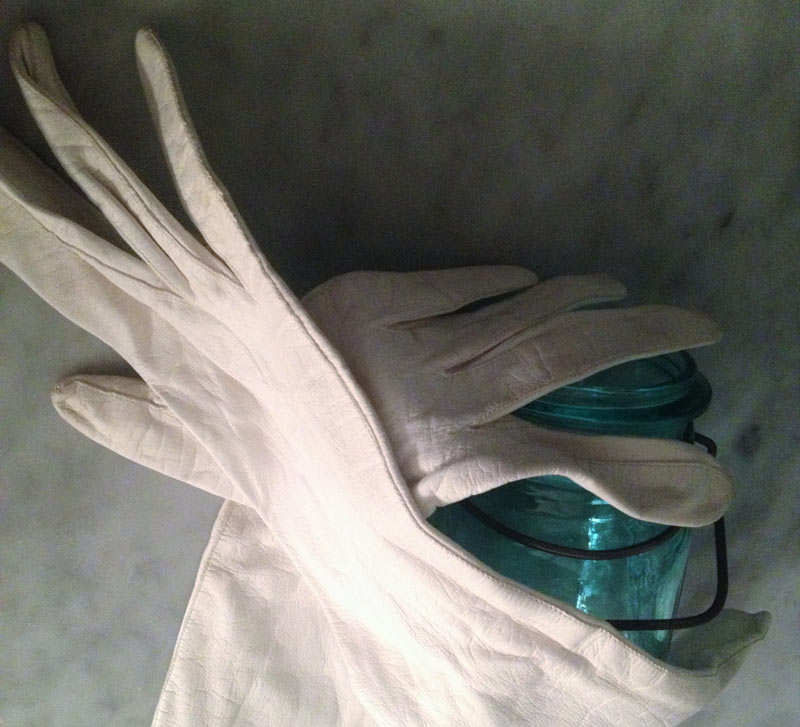 ADVISOR TO THE BOARD